Due to the explosive growth in the popularity of mobile devices, an increasing number of companies are choosing to use mobile apps rather than long-dominant desktop applications. To continue engaging with clients, who favor mobile devices like smartphones over PCs, they have made this switch. While switching to mobile apps initially seems to be a good idea, there is one major problem that has acted as a roadblock: which platform should one target?

You see, the proliferation of mobile devices has resulted in a variety of platforms on which they can be used. You claim that you can create an app for each. Yes, one may, but consider the expense of creating distinct apps for each platform available on the market. It takes a lot of time and can be very expensive for the company.

Thankfully, hybrid app development, which enables apps to be embedded in a native container, quickly resolves this issue. With the aid of frameworks that support developers during the development process, this excellent tactic can be made even more practical.

Here are a few of the most well-liked hybrid app development frameworks that can easily satisfy the needs of your company.

Ionic is one of the most well-known frameworks currently in use when discussing the best framework for developing mobile apps in 2022. The most exciting APIs, such as Shadow DOM and Custom Elements, is used to build the front-end HTML on top of AngularJS and Cordova.

The official integration with Vue is currently being worked on (for support). You’ll find it simple to create PWAs, or Progressive Web Apps, with Ionic. For developers, Ionic is simple to learn and makes the framework fun to use.

React Native is one of the best frameworks for hybrid app development. It was built as a platform for creating web-based user interfaces, is the solution to the question, “What is a hybrid framework?” It was made available by Facebook for the creation of hybrid mobile applications in 2015. React Native, one of the greatest hybrid app development frameworks, established a solid reputation in 2021, and it’s anticipated that it will do so again in 2022.

Many compare React Native and ionic because they see them as common substitutes. React Native, on the other hand, gives users a nearly native-like experience among apps with improved reliability, experts claim, while Ionic leads to superior UI and performances among apps.

Due to Adobe and the Cordova framework’s support, PhoneGap is also referred to as Apache Cordova. One of the best hybrid app frameworks allows developers to create apps using JavaScript, CSS3, and HTML5. With just one piece of code for all platforms, PhoneGap offers trustworthy cross-platform compatibility. Developers’ efforts are reduced as a result, making it simpler for them to advance.

It’s quite affordable and a perfect option if there are financial restrictions on the development of apps. Other noteworthy characteristics of PhoneGap include better access to Native APIs, robust backend support, well-known UI libraries that can improve the user interface, and many more. Most importantly, Adobe trusts it.

Continue reading this list if you still want to know “What is the best framework for mobile development?” There has been a lot of excitement around Flutter in the previous two years. The world’s top developers have come to respect Google’s open-source SDK.

Flutter makes use of the robust Dart programming language, another one of Google’s masterpieces, and the C++ rendering engine. Skia, a 2D rendering engine, is also utilized by the hybrid mobile app architecture to create visuals. It is quick and makes it easier to make excellent widgets and base libraries.

One of the smartest frameworks utilized by developers is Xamarin, which Microsoft just bought as another top framework for hybrid mobile app development in 2022. It was written in C#, a more recent language with advantages over Java and Objective-C.

The ability to natively incorporate libraries for Java, C++, and Objective-C, however, is what makes Xamarin so distinctive. There are several libraries in Xamarin. The approach provides minimum budget hassles while reducing explicit costs.

Adequate Infosoft is the leading custom software development company in India that helps you build a unique and user-friendly hybrid application for your business growth. We have successfully delivered our services to more than 30 countries in various industries. Our skilled software development team is efficient to deliver the unique product within a deadline. 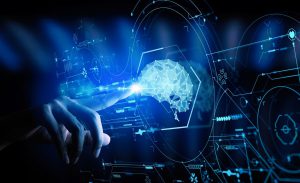 What is Embedded Linux and how it is used 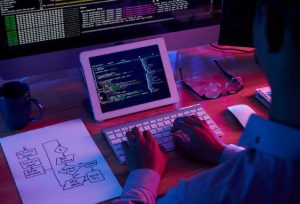 Why you should consider ASP 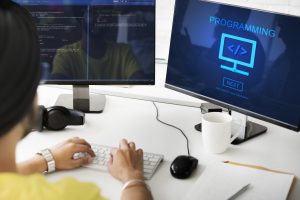 6 reasons why Php is popular for Web development