Vue.js vs React vs Angular: Which JavaScript framework to opt?

Angular vs React vs Vue, which JavaScript framework is better in 2022? Many programmers have this general question on which framework they should work on. If you have the same question then this article is for you. Here we have covered all the key points to make a comparative study among the three most popular frameworks right now.

Over the last few years, many frameworks have made their space in the programming world including Vue.Js. When the two main and only frameworks Angular and React were competing with each other no one would have thought that new frameworks will mark their place. Now the third player which is Vue.Js has come into the market and witnessed exponential growth in the span of a few years. Vue or React or Angular solely depends on the developer and which framework we want to work on.

The following difference between Angular, React, and vue will help you understand the crux of all three popular frameworks.

React is easy to learn and understand because it does not enforce a specific code structure to design. You can start coding in React JS with just a few code lines. It’s that simple. Plus, React is used as a library to provide elements without using a specific structure to build a project. React is a JavaScript-based framework however it is mostly combined with JSX (JavaScript XML). JSX is syntax elements that inculcate JavaScript and HTML parallelly.

We are discussing the second version of Angular which is Angular 2. Angular 2 is based on components but it is not associated with MVC (Model-View-Controller) framework. Angular is a project-structured framework that includes components, modules, and services. Each Angular app has at least one root module and one root component. Angular template is based on HTML language but also includes Angular template syntax.

The Vue.js core framework is based on the View layer function. Nevertheless, you can extend its functionality with the help of third-party and official packages like Vuex or Vue Router. To ensure that the application data is handled in a way that enables the framework to generate an up-to-date View, you’ll be working mostly on the ViewModel layer while using Vue. Vue might not be strictly related to MVVM (Model-View-View-Model) framework pattern the design of Vue was somewhat inspired by it.

Almost all front-end apps need features like settings, sign-in, login, subscription, etc. These are a global state management structure that is important to get information from the customers. Redux is the most popular JS state management. Developers have hands on the official React bindings for Redux. These bindings are maintained by the Redux team.

You can use Redux in Vue, however, there are no official bindings for it. That being said, Vuex is used for Vue applications as it is the official management library. Not only application integration with Vue is awesome but you can also easily debug using developers’ tools in Vue. For mobile application development, a new project is soon going to be introduced to the world called Weex.

NgRx project is used for state management in Angular. NgRx is typically inspired by Redux but is specially developed for Angular. The only thing that separates Angular from Vue and React is that Angular Material projects have multiple official components. Tools in Angular will help you build the application the way you want.

PWA are web applications that can be added to a smartphone as shortcuts to the home screen of a mobile phone. The functions and features of these web apps’ shortcuts will feel and work the same as native mobile apps.

With 160k stars on GitHub, React is one of the most well-liked JavaScript projects. Facebook created and maintains it, and many of its internal projects make use of it. Furthermore, it powers more than 2 million websites.

Surprisingly, although being developed by Google, several of their key applications, including Search and Youtube, do not employ Angular. According to data from BuiltWith, it frequently appears in corporate projects and runs over 97,000 websites.

The ratings on Github for Vue are 176k, which is the highest among the three frameworks. An ex-Google employee, Evan You has invented Vue and is in charge of the project. Over 1 million websites utilize it, making it a highly powerful, independent initiative in the open-source community.

Develop dependable and safe embedded applications by hiring our embedded developers. More than 30 nations, including India, the USA, Sweden, Canada, Singapore, South Africa, Malaysia, Ghana, the Netherlands, Hungary, Austria, and Denmark, have benefited from our services. 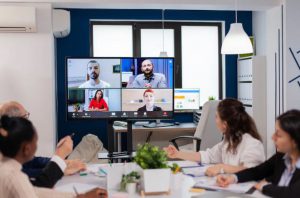 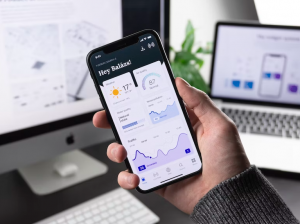